This weekend, I was in Europe for B’s wedding. Between two glasses of champagne, I got a chance to catch up with people I hadn’t seen in a long time. That’s when I realized that some of them have really interesting misconceptions about Israel and its society.

The Kotel (or Western Wall) with the Dome of the Rock mosque in the background.

To some, Israel resembles more the one depicted in movies such as Ben Hur than a modern western country. If Jerusalem conserves the charms of its 3000+ year-old stones and monuments and is inhabited for a large proportion by traditional and religious communities, Tel Aviv, the City That Never Sleeps, as nothing to envy to Paris or New York. 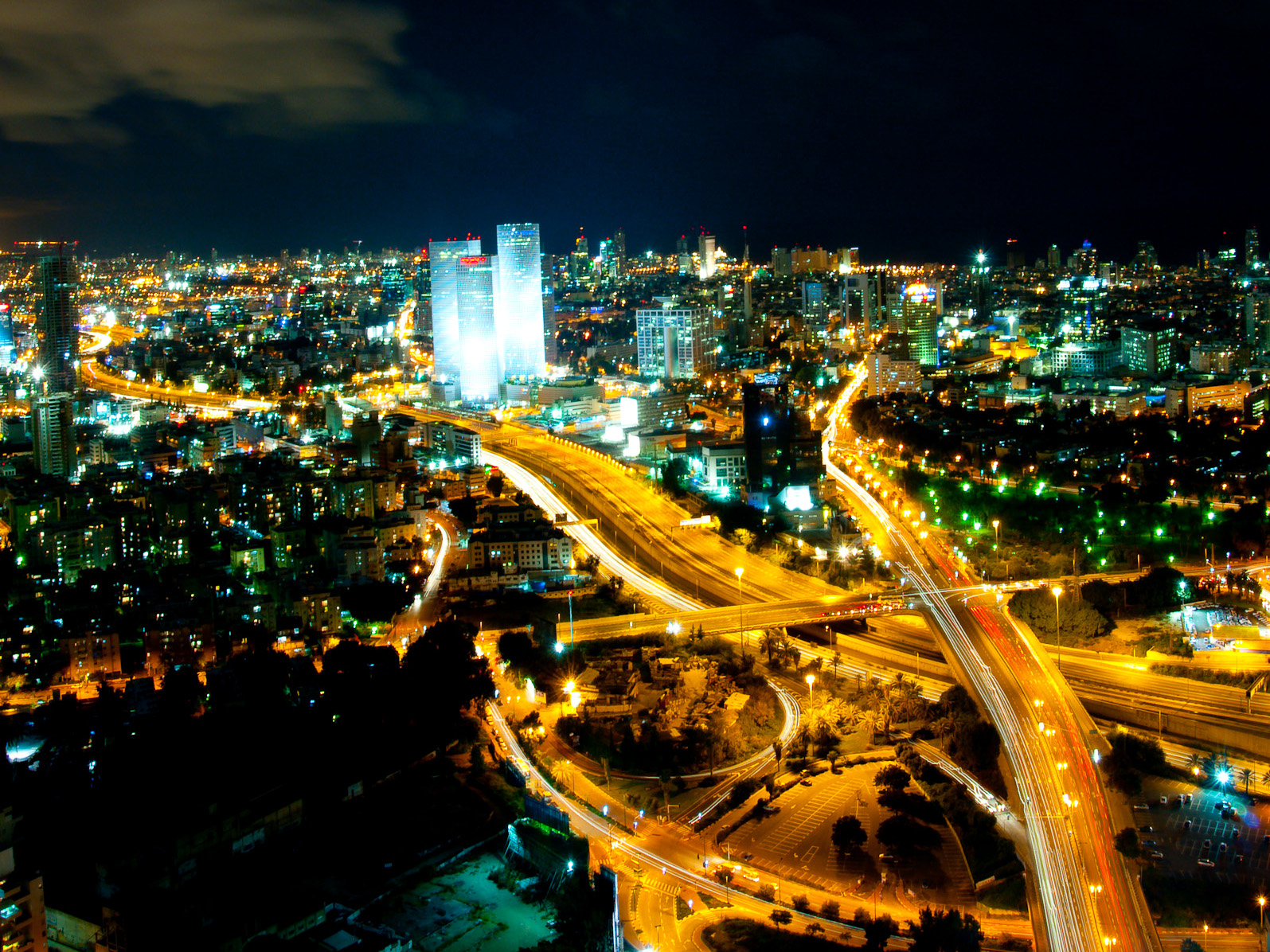 Tel Aviv by night, with the three towers of Azrieli Center

A friend was surprised for example to learn that there is a gay pride in Tel Aviv. Not only there is a very big community in Israel, but the Tel Aviv pride, with more than 100’000 participants, is the biggest in Asia. It’s little to say that the LGBT movement is well represented here. Clubs, bars, beach etc… attract locals and tourists from all around the world and it’s utterly frustrating to see all those beautiful men absolutely, hopelessly out of reach.

It appears as well that people imagine the Israeli society as intrinsically religious and traditional. Of course religion is very present since all the holidays and shabbat are off, but according to national statistics, more than 40% of the people define themselves as secular whereas for comparison, this proportion falls to 23% in the US. From my personal observations, it goes even further: traditional Jews in Israel are less conservative than abroad. For example, a vast majority of the people I know here wouldn’t refuse of piece of ham or shrimps if they got offered some, whereas the proportion is inverted for the Jews I know abroad. My personal analysis of this phenomenon is that in order not to get totally assimilated abroad, you have to keep the traditions more thoroughly whereas here in Israel, you’re Jewish “by default”. But that hypothesis could be developed in an other post.

Another funny misconception: alcohol! For a lot of people, both Islam and Judaism restrict the consumption of alcoholic beverages. But there is absolutely no such a thing as a ban in the Bible and like in Christian traditions, wine actually plays a crucial role. Its consumption is requested (you can always drink grape juice if you really don’t like it but why would you do that?) for celebrating shabbat and holidays, and it is even a mitzvah (a “commandment”) to get drunk for Purim. So it should be of no surprise that Israel produces several beers, Arak and other Tubi 60. All in all, between holidays, wedding and any vaguely valid reason, Israelis party a lot, all year round, any day of the week.

Finally, and I might disappoint you a lot here, we don’t ride camels nor donkeys anymore. Israel is a developed, modern, technological country even called by experts “the start-up nation”. If you need to be convinced, have a look at this map: https://mappedinisrael.com/. Only the US and China have more startups listed on the NASDAQ and the country has the highest density of start-up per inhabitant. With successes like Waze, the cooperative GPS, bought in 2013 by Google for 1.1 billion $  or Moovit for public transportation, it seems that the time of 4-legged transportation is far behind us. Unless they come with a good GPS… But the best remains for you to come visit and see by yourself!

5 thoughts on “Israel is not Afghanistan”